View Maritime History At Savannah’s Ships of the Sea Museum! 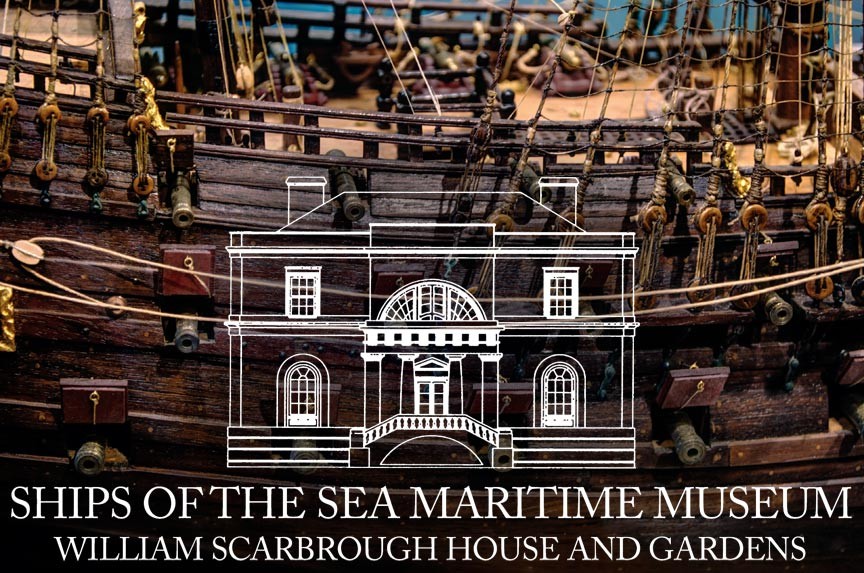 Are you a fan of maritime history, maritime art, historical boats, or miniatures and models? If you said yes to any of those questions, Savannah’s Ships of the Sea Museum is right up your alley!

The Ships of the Sea Museum’s extensive collection includes antiques, paintings, and custom crafted models of important ships from history. The museum’s principal focus is Atlantic trade and travel between England and America during the 18th and 19th centuries.

While the museum’s galleries include a fascinating collection of maritime paintings and artifacts, the real draw is the models. The Ships of the Sea Museum commissioned most of the models in its collection. All the models are exceptionally detailed, hand-crafted, and one-of-a-kind.

Model ships in the collection include:
The Steamship Savannah: the first steamship to cross the Atlantic Ocean.
The Anne: brought the first 114 colonists to the new colony of Georgia in 1733.
The Wanderer: an elegant pleasure yacht that was turned into an illegal slave ship after slavery was outlawed.
The City of Savannah: the flagship of the Ocean Steamship Company of Savannah.
The Titanic: the largest and most luxurious ship of its era and one of the most famous shipwrecks in history.

Galleries and exhibits focus on a variety of maritime subjects with the most recent addition exploring Savannah’s Civil War naval battles. The museum includes a gift shop offering a large selection of maritime-related books and gifts.

The William Scarbrough House was one of the first southern homes built in the Greek Revival Style.  The lush grounds around the house the largest privately owned gardens in the historic district. The gardens include a reflecting pool, various outbuildings, and are an excellent example of a typical 19th-century parlor garden.  Stunning.

The Ships of the Sea Museum

41 MLK Jr. Blvd, Savannah, GA 31401
10am to 5pm, Tuesdays through Sundays | Closed all national holidays
Visit the Ships of the Sea Maritime Museum online for directions, a virtual tour of the museum, and more.