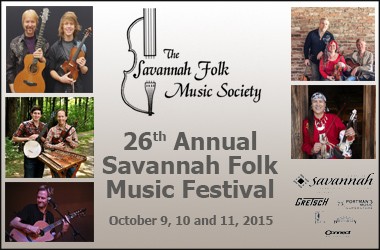 Folk music is an important part of America’s social, historical, and cultural fabric and the Savannah Folk Music Festival celebrates this living and lively with a series of events and concerts featuring some of the country’s best folk musicians. After a quarter century, Savannah FolkFest has become not just an event but a tradition, drawing nationally and regionally recognized folk superstars, as well as attendees from around the country! END_OF_DOCUMENT_TOKEN_TO_BE_REPLACED