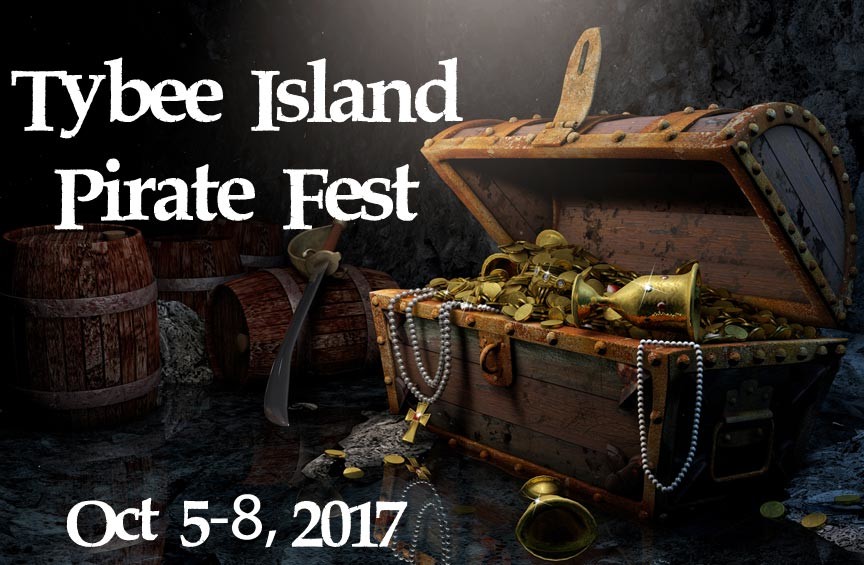 Avast, look alive mateys! October 5th through the 8th, 2017 are the dates for the 13th annual Tybee Island Pirate Fest! This family friendly free for all of fun includes a parade, live music, pirate performances and much more!

Looking for some good grog and a place to get that pegleg sanded, that eye-patch mended, or some candles for your beard? If you replied “Aye!” to any of these questions, then set sail for the Georgia coast and weigh anchor at Tybee Island Pirate Fest 2017!

The annual, 18-and-up Buccaneer Ball kicks off the weekend at Tybee Island’s Crab Shack. The ball includes live music, costume contests, and the crowning of the 2017 Pirate Fest King and Queen.

Another big highlight is the traditional Pirate Victory Parade. Elaborate pirate ship floats and outrageous pirate costumes will keep you amused throughout. All you have to do is find yourself a good seat from which to witness the event. May we recommend going early?

Another good draw is the Thieves Market. Here you will find all manner of pirate booty, including costumery, arts and crafts, and lots of pirate-themed gifts.

October 5th through the 8th, 2017
Sail on over to tybeeisland.com for tickets and more information.